COSC is Contrôle Officiel Suisse des Chronomètres, the Official Swiss Chronometer Testing Institute, which is the institute responsible for certifying the accuracy and precision of wristwatches in Switzerland.

Japan had something similar and so did Citizen with this model. It is a gorgeous piece powered by a very accurate movement. This particular watch, model 4-720300 Y ,  was made in February 1970 and it is marked Parawater. 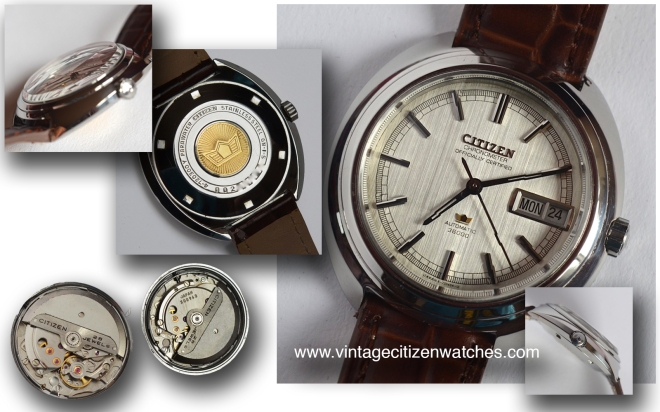 So, let’s start with the movement! It is the Citizen calibre 7230 based on 72xx calibre that is found in most of the Leopard range. Read about Citizen Leopard watches HERE. It is an automatic with 28 jewels, day and date, hacking seconds and it is running at 36000bph. It is operated by the “C” signed crown that sets the time, day and date, and winds the movement. It is engraved with it’s own serial, like most of the special movements Citizen produced. All this makes it a special piece and very accurate; after all it is Citizen Chronometer Officially Certified, the first generation of what later became Citizen Highness. In fact this one is called Leopard Highness. Such a special movement needs a special, stainless steel, all polished cushion shaped case. The caseback has it’s own special logo, a gold inlay medallion. The same logo is applied on the dial too. Talking about the dial, well, it is awesome! It’s simple, clean, with a vertical grain brushed surface. It has applied hour markers, logos and day-date frame. All the rest is printed in black. The skeleton hands are also black and so is the simple sweeping second hand. The entire face is protected by a mineral faceted (9 surfaces) crystal that plays with the light making it look really special; well after all it really is! 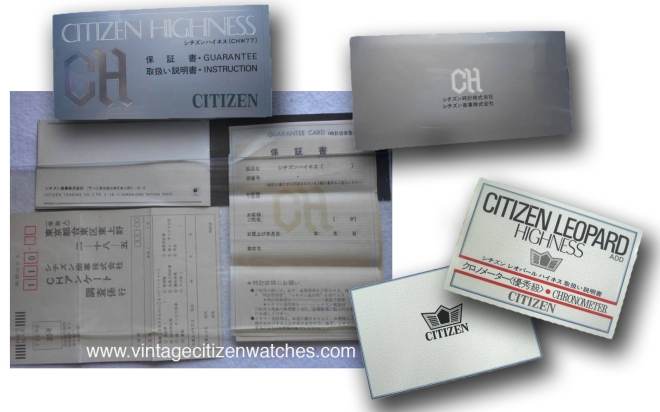 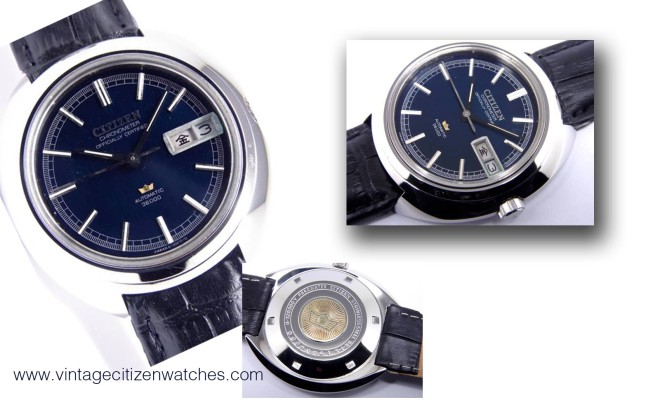 And here we have a beautiful story about a similar watch written by Adam: enjoy it! LINK HERE